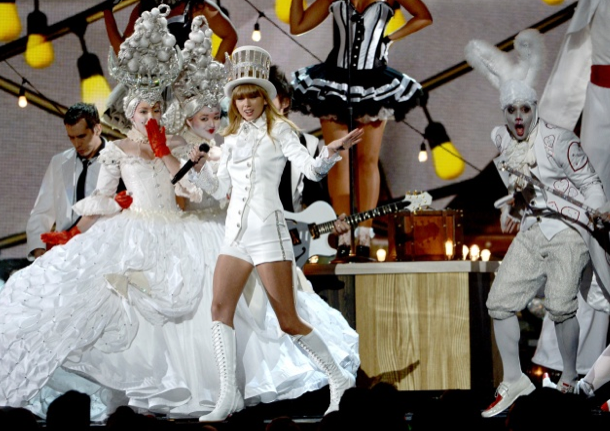 Although I thoroughly enjoy a good awards ceremony, I too find if hard to sit through 3.5 hours of weird mash-ups and confusing award titles. If you happened to miss the Grammy’s (or tune out due to said reasons), I’ve briefly prepared 10 things you need to know from last night.

1) The Record of the Year went to Gotye, for Somebody That I Used To Know.

2) Fun. won what seemed like 1 billion awards, beating Carly Rae Jepson for Song of the Year. Sadly, that may have been Carly’s only chance at a Grammy seeing as Call Me Maybe was THE most popular song in the universe, and that didn’t even win. Maybe don’t call her and tell her that.

3) Bruno Mars is 5’5”, which means I could run, jump, and land on his shoulders fully standing – I would probably soon fall off, as his dance moves were too cool for school.

4) Carrie Underwood’s gown was the single most confusing thing that happened last night (which barely beat #5). USA Today explains that it was crafted by 4 people, took 80 hours of work, and it involved French fabrics and a video production company. That’s right – they used Carrie’s dress as a projector throughout the entire performance. Because she had to stay so still, I was convinced that she was also attached to a wire harness that would, at any moment, take her and her dress back to their spaceship. 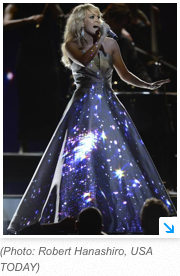 5) Frank Ocean took a close second in the contest for “Literally- what is going on?” As an enthusiast of Frank and the ocean, I was excited to see him perform his popular song, “Forrest Gump,” which confusingly sounded nothing like anything I’ve ever heard from him. Simultaneously, he too stood behind a projector of yellow legs running to go along with the song. I don’t have much more to say than WUT. 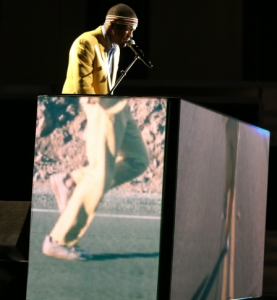 6) Rihanna (also known as Riri) stole the show with her performance of “Stay,” which ended being the most talked about performance on Twitter.  Riri was mentioned in a record-breaking 1.6 million tweets last night. Also, her hair was perfect, and she was a part of a wild raggae-fest performance that made me think that’s exactly how she spent her childhood in Barbados.

7) Justin Timberlake’s people must have sponsored the whole event because, I KID YOU NOT, the entire thing had subliminal messaging about his comeback and new album. I could not escape the return of JT.

8) JOHN MAYER IS STILL ALIVE! He presented an award wearing what looked like a blue velvet suit, looking like a young and healthy version of himself. As soon as he walked out, the camera panned to his girlfriend Katy Perry who was smiling like a little sloth. Those two are quite the music power couple, although I can’t imagine them ever singing together. Prove me wrong, John Perry Duo!

9) Speaking of being reminded that people are still alive, LL Cool J hosted the awards. I was equally excited about that as I am about the brand LL Bean.

10) Overall, the Grammy’s ran smoothly. No nip-slips, Kanye interruptions, or fist fights. In fact, the closest thing we had to a nip-slip was this photo: 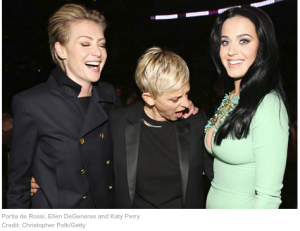