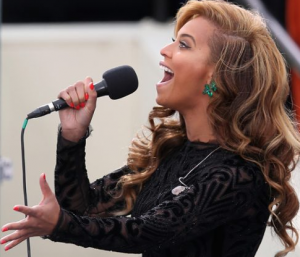 I hate to be the one to break the news, but it’s all true; Beyoncé’s performance of the national anthem was prerecorded. According to The New York Times, a spokeswoman of the Marine Band shared that the band was indeed still performing live, but that Beyoncé had chosen, moments before the performance, to lip-sync the performance over prerecorded vocals. E! pointed out that at one part during the performance, Beyoncé theatrically ripped her earpiece out of her ear, in a second of sheer wonder where time stood still, which might make you feel a bit weird knowing it was all fake. Regardless of it being live or not, it was of course Beyoncé’s perfect voice that rocked the Obama’s socks off, and maybe made Joe Biden pee a little.

How do you feel about it?