2013: Rough Start for the Beliebers 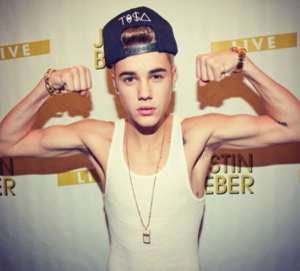 The new year has undoubtedly been rough for the 18-year-old Canadian pop artist, Justin Bieber; also known as “Biebs” and “perfect.” Although his fame is still on a steady incline (according to twittercounter.com, he gains an average of 48.5 thousand Twitter followers a day), Bieber has rung on 2013 on a rather somber note. Here are the main crises Justin and his Beliebers (his fans) have been facing within only 2 weeks of the new year.

Needless to say, Justin has had a rough beginning to 2013. I myself am quite the fan of the man-boy, and am beyond excited to see this rocky start redeemed in 13 days when his acoustic album is released on iTunes. Two days ago, the Biebs tweeted about his upcoming album: “Ready? #newmusic – with everything going on I’m gonna tell u myself how I feel. #15days”

Let’s watch him redeem himself. Even if you’re not a fan, you know Justin’s going to pull himself out of this pickle. Can’t wait.

For a sneak peak into this acoustic madness, check out his perfume commercial. If you don’t somewhat like this, you might be asexual. Justin’s Perfume Commercial