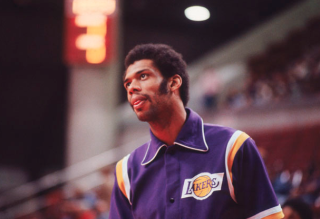 Kareem: Things I Wish I Knew When I Was 30

Amazingly crafted article on Esquire by NBA all-time leading scorer Kareem Abdul Jabar, on 20 things he wishes he would have known when he was 30. Here are some of my favorite thoughts, but you must read the full article HERE.

2. Ask about family history. I wish I’d sat my parents down and asked them a lot more questions about our family history. I always thought there would be time and I kept putting it off because, at thirty, I was too involved in my own life to care that much about the past. I was so focused on making my parents proud of me that I didn’t ask them some of the basic questions, like how they met, what their first date was like, and so forth. I wish that I had.

7. Be patient. Impatience is the official language of youth. When you’re young, you want to rush to the next thing before you even know where you are. I always think of the joke in Colors that the wiser and older cop (Robert Duvall) tells his impatient rookie partner (Sean Penn). I’m paraphrasing, but it goes something like: “There’s two bulls standing on top of a mountain. The younger one says to the older one: ‘Hey pop, let’s say we run down there and screw one of them cows.’ The older one says: ‘No son. Let’s walk down and screw ‘em all.’” Now, to counter the profane with the profound, one of my favorite quotes is from the philosopher Arthur Schopenhauer: “Talent hits the target no one else can hit; genius hits the target no one else can see.” I think the key to seeing the target no one else can see is in being patient, waiting for it to appear so you can do the right thing, not just the expedient thing. Learning to wait is one of my greatest accomplishments as I’ve gotten older.

15. Do one thing every day that you look forward to doing. It’s easy to get caught up in the enormous responsibilities of daily life. The To Do List can swallow your day. So, I’d insist to my younger self to make sure he has one thing on that list that he looks forward to doing.

16. Don’t be so quick to judge. It’s human nature to instantly judge others. It goes back to our ancient life-or-death need to decide whether to fight or flee. But in their haste to size others up, people are often wrong—especially a thirty-year-old sports star with hordes of folks coming at him every day. We miss out on knowing some exceptional people by doing that, as I’m sure I did. I think the biggest irony of this advice is that it’s coming from someone who’s black, stratospherically tall, and an athlete: the trifecta of being pre-judged. And I have a lifetime of hurtful comments to prove it. Yet, that didn’t stop me from doing the same thing to others. You have to weigh the glee of satisfaction you get from arrogantly rejecting people with the inevitable sadness of regret you’ll eventually feel for having been such a dick. A friend of mine told me he routinely attends all of his high school reunions so he can apologize to every person he mistreated back then. He’s now on his fortieth reunion and still apologizing.

20. Everything doesn’t have to be fixed. Relax, K-Man. Some stuff can be fixed, some stuff can’t be. Deciding which is which is part of maturing.