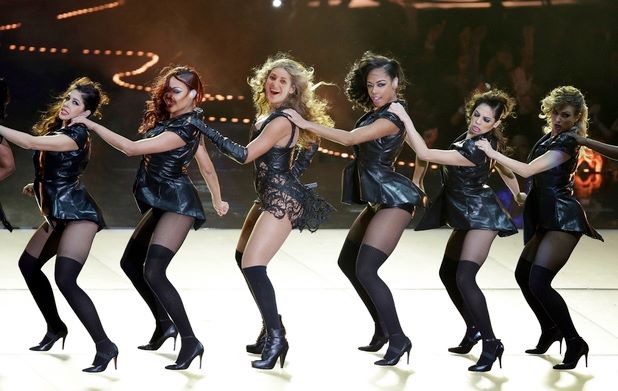 First Paparazzi Shot! Me & my girls!

Such an embarrassing photo taken by celebrity paparazzo, Andy Barba. Just trying to enjoy my time at the grocery store with my girls, but sometimes you have to give the people what they want!

I tricked you. I CARE, and apparently so does everyone else in the world. Justin Bieber’s Acoustic album was just released 30 minutes ago and is already the top selling album on iTunes. Above, you can see me pictured in purple (Justin’s favorite color) and clearly not caring about the release of his CD. Except [...]

Remember Snoop Dog? Yeah, well don’t! His new stage name is Snoop Lion and he’s molded into a reggae artist. Apparently, he was rechristened “Snoop Lion” in Jamaica in July by a Rastafarian priest. Check out his first single “La La La” here, and if you like what you see, make sure to listen to [...]

Carly Rae JepsOLDER than you thought?

The overnight  pop sensation Carly Rae Jepson, who sings “Call Me Maybe” is 27 years old. Now, I’m not trying to say that 27 is old, because it’s not. But I am saying that 27 is older than you were expecting for such jr. high phone lingo. Carly Rae is a Canadian pop star who [...]

Somebody must have gotten in trouble! After the story broke this morning of Beyoncé lip-syncing at the Inauguration, The Huffington Post reports that Marine Corp representative Captain Gregory Wolfe states “”Regarding Ms. Knowles-Carter’s vocal performance, no one in the Marine Band is in a position to assess whether it was live or pre-recorded.” Do you [...]

I hate to be the one to break the news, but it’s all true; Beyoncé’s performance of the national anthem was prerecorded. According to The New York Times, a spokeswoman of the Marine Band shared that the band was indeed still performing live, but that Beyoncé had chosen, moments before the performance, to lip-sync the [...]

Actors Channing Tatum and wife Jenna Dewan-Tatum are having a baby! What may be the most unfortunate thing here is that Channing is happily married, regardless of if you want to believe it or not. The two met while filming Step Up in 2006, where Channing and Jenna co-starred as rockin’-bodied dancers. Their wedding was in [...]

Who’s Honey Boo Boo & Why Should I care?

“I rocked my Daisy Duke. . . I showed my belly to the judges. . . Look at this big thing. . . They don’t know a good thing when they see it.” – Honey Boo Boo It would be near impossible to have made it this far in life without hearing the name or [...]

President Obama’s term photo has been released (right) and has quite the different feel than his first portrait. 4 years can do a lot to the most watched man in the world. Which one do you like better: Left- Young & Proud. Right- Salt+Pepper with some swag.

New video up! Justin Bieber has 5.8 million Instagram followers, and one of my proudest skills is reading the comments that his followers leave on the photos. Check out some of my favorites in this new YouTube video. Which one was your favorite?

The day has finally come; Lance Armstrong has come out of the dope closet on an interview with Oprah. The jaw-dropping interview will air tonight from 9-10:30 p.m. ET, and tomorrow at 9 p.m. ET/PT on OWN. You can also catch the interview online at Oprah’s fancy website, here. Armstrong was not only stripped of [...]

2013: Rough Start for the Beliebers

The new year has undoubtedly been rough for the 18-year-old Canadian pop artist, Justin Bieber; also known as “Biebs” and “perfect.” Although his fame is still on a steady incline (according to twittercounter.com, he gains an average of 48.5 thousand Twitter followers a day), Bieber has rung on 2013 on a rather somber note. Here are [...]

(Photo by Splash News) It has officially been about a week since our very own Taylor Swift has started her journey into single life, and it’s most likely been the worst week of her life while simultaneously supplying the world with 5 more break-up songs. The pop sensation has been serial dating since she hit [...]